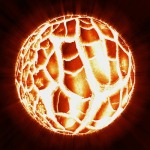 “…we arrive at the lovely tourist planet of Xen’arthia. And… oh my god it’s been nuked back to the bedrock. That’s the third planet we’ve visited in a row! What’s going on?”

A multifaceted, multi-genre mini-autobiography.The challenging part is that these have to be short, matching the theme, and recognisably autobiographical. Feel free to tag a friend.
My Life: As a Tragedy
My Coffee is always cold and the chocolate has usually melted.

My Life: As a Sci-Fi
I now store my memory in the cloud. My meat-brain is only for analysis.

My Life: As a Romance
I met ‘the one’. Never looked back, or around, since then.

My Life: As an Urban Fantasy
There are creatures in the walls. As long as I leave them alone, they ignore me.

My Life: As an Epic Fantasy
I have lived. I have conquered. I wait now, on my mountain, for death.

My Life: Literary Fiction
In Korea I learnt English, in Knosis I felt awe. All across the world, the people I see have more in common than they do in differences.

My Life: Non-Fiction
How to write in snatches at your day job, without being fired.

Something broke. That’s about the only way to describe it. About thirty years ago some underlying logic in our reality simply failed. Maybe we broke physics with the latest in bigger and brighter colliders, maybe god just died of loneliness. Whatever the reason, the immutable rules of cause and effect, the division between what the real and the imaginary, all seemed to begin to fail.

The dead don’t always stay dead anymore, you have to convince them. As for children, well let’s just say that there is nothing more terrifying than a child with an overactive imagination.

If it is one thing I’ve learnt from the movies, it is that when aliens invade they are either humanoid with superior tech or bug-like and easily squashed. I don’t recall seeing many movies about bugs with superior technology. Just another way that Hollywood softened us up and served us on a plate to our conquerors.

It was bad enough that we were fighting for our lives against alien beings that weren’t even vaguely alien in origin. In all fairness, they had been on this world, well on a version of this world, for longer than we had. At some point something had changed, the chance evolution that had led to the dinosaurs and then to humanity, had never happened.

They had become the apex creatures of their earth, developing for millennia. They had developed tools before the evolution of the feather, and by the time we were working out the combustion engine, they had mastered dimensional travel. Then they decided they wanted our world before we ruined it completely.

Sometimes, in the name of scientific exploration, we push the boundaries to try and get to the truth. Now after my 132nd consecutive day without sleep I’ve reached the point where I can see the terrible things that lurk between the cracks in reality and I fear that they are becoming aware of me.

The laughter itself doesn’t worry me, it’s a friendly chuckle, almost sweet really. I just wish it wasn’t coming from the drains.

There is a form of pure evil that can not be denied, cannot be constrained, can not be fought. It’s why I no longer have any mirrors in the house.

Every night I make sure the windows and doors are locked. I’m terrified that one night they’ll get out.